“The meaning of the Sabbath is to celebrate time rather than space. Six days a week we live under the tyranny of things of space; on the Sabbath we try to become attuned to holiness in time. It is a day on which we are called upon to share in what is eternal in time, to turn from the results of creation to the mystery of creation; from the world of creation to the creation of the world.” – Rabbi Abraham Joshua Heschel

“All things are mortal but the Jews; all other forces pass, but he remains. What is the secret of his immortality?” – Mark Twain

Shabbat in Tverya, one of four holy cities in Israel. It began with Kabbalat Shabbat together in our hotel. How far this group has come in just one week! Compared to last Shabbat in Jerusalem, as they sang their prayers with joy and ruach, you could feel their strong bond with each other made even stronger through their shared experience in Israel. 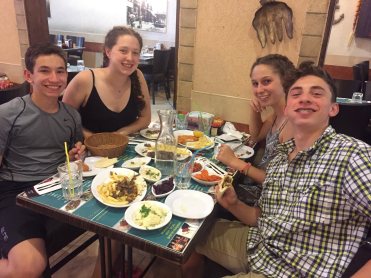 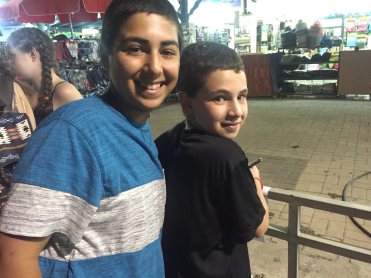 There’s a reason there are no cameras on Shabbat, and that reason is probably the CDS Class of 2016 Israel Shabbat Challenge. After the boot camp of conquering Masada, these students were ready for anything. Four groups competed in events including: eating an Oreo placed your forehead without using your hands, a tea biscuit-eating contest, how many Bamba can you fit in your mouth at one time, “name that song” performed while gargling water, and toilet paper mummy wrap. You’ll have to use your imagination! 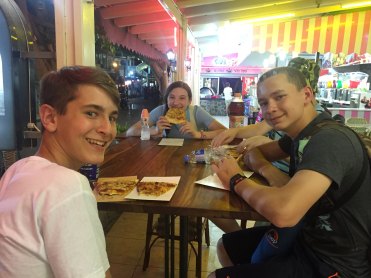 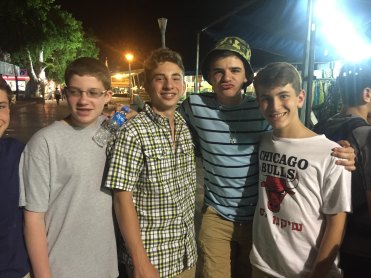 As befits a day of rest, there was no wake-up call this morning, although most made it to breakfast. We enjoyed Shabbat lunch together and then some time at the hotel pool (today’s high temperature topped 100 degrees).

In the evening we came together before Havdallah and a trip to the Hatayellet (boardwalk in Tverya) to talk about Jewish identity. Liora challenged everyone to rank actions and beliefs as more or less central to what it means to be Jewish using cards placed within concentric circles on the floor. Among the choices: Having Jewish parents. Raising Jewish kids. Attending Jewish day school. Belonging to a shul. Circumcision. Visiting Israel. Making aliyah. Having a Bar/Bat Mitzvah. Belief in God. Involvement in the Jewish community. Praying. Knowing Jewish history.

The impassioned debate lasted nearly two hours. The students spoke openly from their hearts and from a place of knowledge. They shared their ideas and uncertainties about God. They shared what it means to themselves and to their families to be Jewish. They listened to each other. They reflected. They examined and reexamined. They processed their experiences in Israel over the past week in light of everything else they’ve learned so far about Judaism. They asked hard questions of each other and of themselves. They stuck to their ground. They challenged their beliefs. They conceded their mistakes.

Every Community Day School parent should’ve been in that room because this is why you send your child to Jewish day school. For a group of 14-year-olds who don’t have all the answers, but know they want to continue seeking them. Who have enough knowledge to know what questions to ask and the compassion, courage, comfort, and conviction to ask them. Who feel Jewish deep within their teenage souls even if they aren’t 100 percent sure yet what that means (are any of us?). Who are proud of being Jewish. Who are rooted in their past and ready for their future.

This is the why. 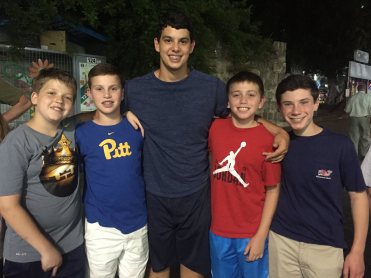 One thought on “This Is The Why”